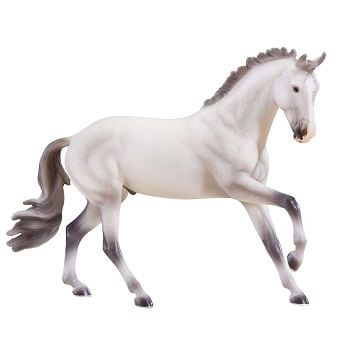 $9.95 CAD SHIPPING TO ALL PROVINCES
OR FREE CURBSIDE PICKUP!

We often hear horses described ashaving the "spirit of a champion."  Hosteiner gelging Catch Me has certainly shown the Hunter world his!  Purchased by Becky Gochman in 2015, his show came to a halt when he was diagnosed with botulism - often a death sentence for horses.

To say "Snoopy" bounced back would be an understatement.  With his rider, Scott Stewart, he had wins that year at the Hampton Classic, Capital Challenge, and Pennsylvania National shows, and was named the 2015 USHJA World Championship Hunter Rider Hunter of the Year.  Dr. Rodney Belgrave, who oversaw Snoopy's recovery, explains "his ability to not only overcome botulism, but also to return to competing at the same level, or higher, of athletic performance and excel is truly extraordinary."

Snoopy went on to be the 2016 Champion at the Capital Challenge, Pennsylvania National, Washington International, and CP National shows.  For his achievements, he was named the 2016 USEF Horse of the Year, the 2016 and 2017 National Show Hunter Hall of Fame Horse of the Year, and was inducted into the EQUUS Horse Stars Hall of Fame.  Snoopy has also taken Becky, as an amateur rider, to many national championships.  Still competing, Snoopy is proof that anything is possible!

Please wait for the confirmation email that reads “Your order is ready for pickup” before travelling to the store. Curbside Pickup orders typically take up to 24 hours to fulfill.